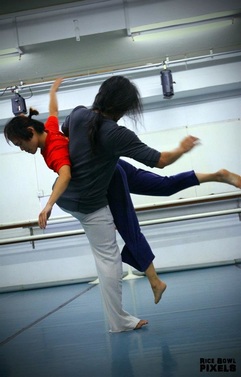 Partnering in Gravity
3 and 10 August 2016
Dance Nucleus, Singapore
Lets explore the potential of partnered dances on the planet earth. What can we do, with gravity, sensitivity, awareness and momentum? Lets connect and communicate and fall and fly! An improvisation based class combining elements of contact improvisation and the somatic approach of body-mind centering.

2013-2017
Lecturer in contact improvisation at LASALLE College of the Arts, Singapore